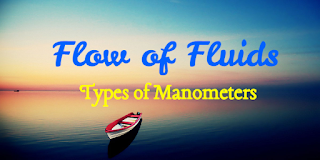 Principles and Applications of Manometers:

Simple manometers is a device which measures pressure at a point in a fluid contained pipe or vessel. 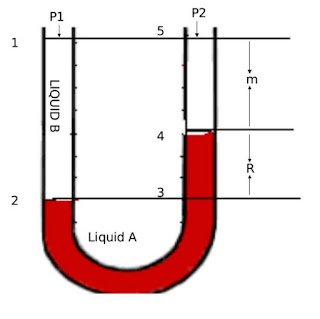 THe pressure at point 2 can be wirtten as

Differential Manometer is manometer which measure the difference of pressure between any two points in a pipe or vessel containing fluid. 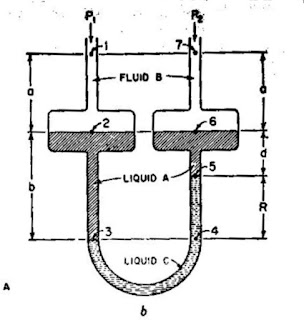 The last equation may simplified to

Inclined Tube Manometers or Inclined Manometers is a manometer which measures the minute pressure differences between any two points in a fluid contained in a pipe or vessel.

0 thoughts on “Flow of Fluids, Pharmaceutical Engineering, B.Pharmacy As per PCI Syllabi”