3. Explain the mechanism of formation of micelles with diagram. 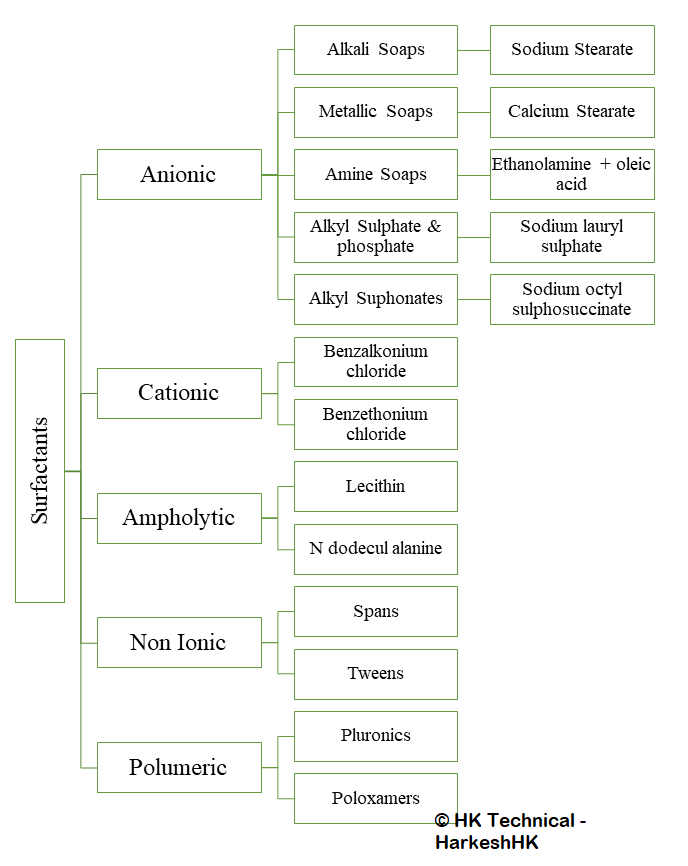 5. Give medical applications of surfactants.

6. Give pharmaceutical applications of surfactants.

Pharmaceutical applications of Surfactants:
As solubilizing agents: Surfactant have been extensively used as solubilizing agent for number of poorly soluble drugs such as oil-soluble vitamins, volatile oils, hormones, phenobarbitone and sulphonamides. Oil-soluble vitamins such as Vitamin A are unpleasant to take in the form of fish liver oil but are easily palatable when administered in the form oil in water emulsions or as solubilized system in water. Such solubilized systems are more resistant to oxidation than either oily solutions or emulsions. Surfactants have also been used to solubilize many disinfectant compounds such as cresol and chloroxylenol. Lysol which is a solution of phenol and alkali soap in water, is a very good disinfectant. The disinfectant property of the compound is increased by the use of surfactants since they also alter the permeability of the cell membrane of microorganisms.
As wetting agents: Their hydrophobic nature makes them aggregate and agglomerate when added to water. Dispersions containing such hydrophobic powders are often difficult to prepare since the powders for large floccules or float on the surface, thereby hindering the preparation of a uniform suspension. This can be solved by the use of surfactants which get adsorbed at the solid/liquid interface and increase the affinity of the hydrophobic powder for water while reducing the attractive forces between particles of the solid. Aerosol OT is a very good example of wetting agent.
As flocculating agents: Use of surfactants coupled with precipitation results in the desirable action of controlled flocculation in suspension. For example, sulfamerazine, a hydrophobic powder, can be dispersed by means of aerosol OT in association with aluminium ions. Although these flocculated particles settle on standing, they do not form a hard cake and easily disperse in the vehicle on shaking.
As additives in semisolid preparations: Surfactants are often added to creams and ointments to alter the release characteristics of the incorporated drug. The release rate may be accelerated because of the absorption of water from the surrounding environment. Further, the capacity of different ointment bases to take up aqueous liquids can also be improved by the addition of surfactants. 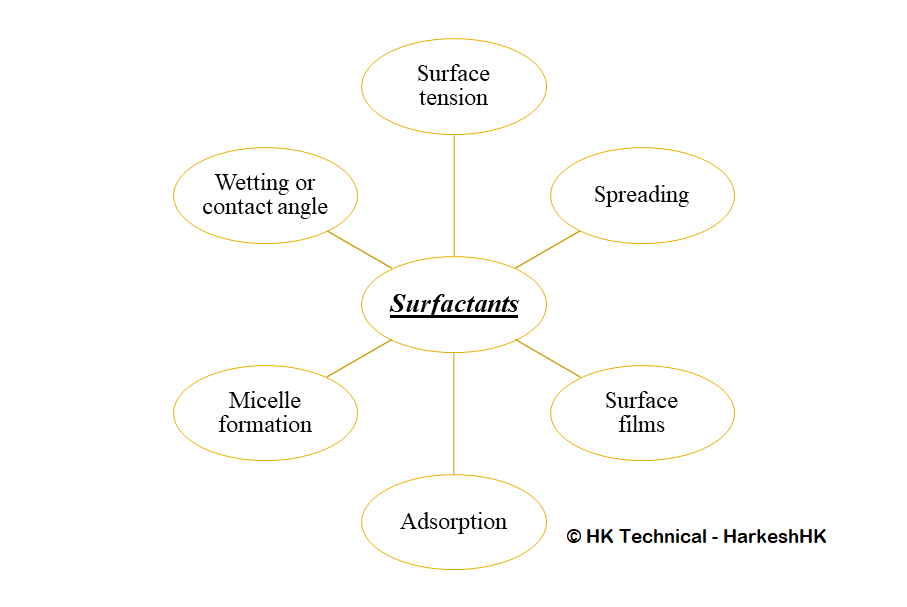 Antibacterial activity of Surfactant: Ionic surfactants adsorb on the cell surface by electrostatic interaction. As a result, the cell surface looses its integrity and the essential materials are lost through the leaks. Thus antibacterial action is observed. Both gram-negative and gram-positive organisms are susceptible to the action of cationic quaternary com pounds, whereas gram-positive organisms are attacked more easily by anionic agents than gram-negative organisms. Non-ionic agents are least effective as antibacterial agents. In fact, they often help in the metabolism of the organisms and facilitate their growth.

8. Explain how amphiphiles above CMC decrease effectiveness of hexylresorcinol towards pinworms.

Surfactants at low concentrations enhance the penetration of hexylresorcinol into the pinworm, Ascaris.They reduce the interfacial tension between the liquid phase and the cell wall of the organism. As a result, the drug is absorbed rapidly and bring about the cell death. When the concentration of surfactant exceeds cmc, the rate of absorption of the hexylresorcinol decreases. In this situation, the drug is partitioned between the aqueous phase and micelles. Thus, less amount of drug is available for absorption.